Rosamund Kissi-Debrah, campaigner for clean air and mother of the only person in the world to have 'officially' died from air pollution 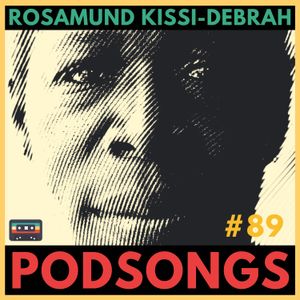 Rosamund Kissi-Debrah is a grassroots campaigner in London, UK raising awareness of asthma and the health problems that can be caused by air pollution. Kissi-Debrah's campaign for clean air followed the death of her 9 year old daughter, Ella Roberta, in 2013 who had experienced a series of severe asthma attacks over several years. A 2014 inquest focused only on Ella's medical care, prompting Kissi-Debrah to campaign for air pollution to be included on her child's death certificate, after learning about its possible adverse effects on health. Her campaign has led to a second inquest in 2020, where evidence about air pollution was considered, with a ruling in December 2020 that pollution from the South Circular Road, London was a contributing factor to Ella Roberta's death.

Roberta also co-founded the Ella Roberta Family Foundation to promote her goals more widely to the public and officials. This charity aims to improve the lives of children affected by asthma in South East London. It engages with politicians and policy makers as well as young people and communities to raise awareness of asthma, advocate for better medical treatment of asthma and also campaigns for clean air.

THE BALLAD OF ELLA KISSI-DEBRAH