Alan Dershowitz on defending the undefendable 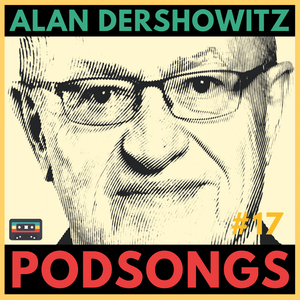 Alan  Dershowitz is an American lawyer and legal scholar known for his scholarship of U.S. constitutional law and American criminal law, and a noted advocate of civil liberties. He taught at Harvard Law School from 1964 through 2013, where he was appointed as the Felix Frankfurter Professor of Law in 1993. Dershowitz is a regular media contributor, political commentator, and legal analyst. He is also a prominent voice on the Arab–Israeli conflict and has written several books on the subject.

Dershowitz is known for taking on high profile and often unpopular causes and clients. As of 2009, he had won 13 of the 15 murder and attempted murder cases he handled as a criminal appellate lawyer. Dershowitz has represented celebrity clients including Mike Tyson, Patty Hearst, Leona Helmsley, Julian Assange, and Jim Bakker. Major legal victories have included two successful appeals that overturned convictions, first for Harry Reems in 1976, followed by Claus von Bülow in 1984 who had been convicted for the attempted murder of his wife, Sunny.

In 1995, Dershowitz served as the appellate adviser on the O. J. Simpson murder trial, part of the legal "Dream Team", alongside Johnnie Cochran and F. Lee Bailey. Dershowitz was a member of the defense team for Harvey Weinstein in 2018 and for the impeachment trial of Donald Trump in 2020. He was a member of the legal defense team for Jeffrey Epstein and helped to negotiate a 2006 non-prosecution agreement on Epstein's behalf.

Dershowitz is the author of several books about politics and the law, including Reversal of Fortune: Inside the von Bülow Case (1985), the basis of the 1990 film; Chutzpah (1991); Reasonable Doubts: The Criminal Justice System and the O.J. Simpson Case (1996); The Case for Israel (2003); Rights From Wrongs: A Secular Theory of the Origins of Rights (2004); and The Case for Peace (2005). His two most recent works are: The Case Against Impeaching Trump (2018) and Guilt by Accusation: The Challenge of Proving Innocence in the Age of #MeToo (2019).

VERSE
Impeached or accused
Now doubt is removed
But aren't we all innocent
Until guilt is proved?
Trial by ordeal
Without appeal