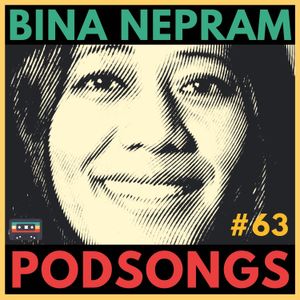 Binalakshmi Nepram is a humanitarian, author, and female activist for the advocacy of gender rights and women-led disarmament movements with the objective of arresting gun culture and bringing about peace for her home state of Manipur in particular and northeast India in general. For her contributions in this field to Manipur and northeast India she is known by the epithet "The Face & Voice of North East". Nepram has established many institutions such as the Control Arms Foundation of India (CAFI) in 2004, Manipur Women Gun Survivors Network (MWGSN), Manipur, and Secretary General Control Arms Foundation of India (CAFI). On the disarmament issue she opines, "You cannot shoot an unarmed person. This goes for both the State and non State actors... nonviolence will win at the end." Forbes named Nepram as one of its "24 Young Minds to Watch out for in 2015", and the Action on Armed Violence of London listed her among the top 100 influential people in the world actively pursuing a reduction in armed violence.

Armed gunmen drive through the streets
AFSPA says they do that you please
Your own military, is adversarial
Who do you turn to for peace?

There's nothing to say
Only to sing

No one sheds tears for Manipur
Or the forgotten North East of India
Hidden away, people shot every day
Quietly one by one

With bullets fired from Western-built guns
Who profits from peace?
Keep going no one will know
When will the winds of change blow?

There's nothing to say
Only to sing