Binyamin Appelbaum on how economists rose to rule the world 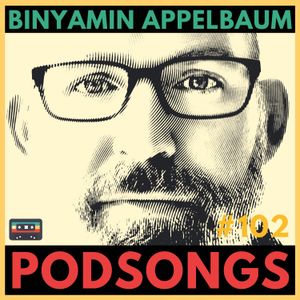 Binyamin Appelbaum, of The New York Times, talks about his book, The Economists' Hour, which traces the rise of the economists, first in the United States and then around the globe, as their ideas reshaped the modern world, curbing government, unleashing corporations and hastening globalization.

Binyamin Appelbaum is the lead writer on business and economics for the Editorial Board of The New York Times. He joined the board in March 2019. He was previously a Washington correspondent for the Times, covering the Federal Reserve and other aspects of economic policy. Appelbaum has previously worked for The Florida Times-Union, The Charlotte Observer, The Boston Globe and The Washington Post. His book, The Economists' Hour, was published in September 2019.

What kind of world are we living in?
When going out, is giving in
Do you feel we're one?
Or that you're the only one
And can we change without pain?

The fractured land society
The prophets failed it's plain to see
Where's the broad prosperity
Promised by their reign
And can we change without pain?

Do you ever feel these changes?
Altogether, going through changes

Economists now, have all control
Companies bought, our very souls
In the Economists Hour
Hard to explain
How we change without pain

Do you ever feel these changes?
Altogether, going through changes