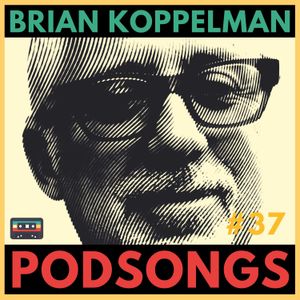 Brian William Koppelman (born April 27, 1966) is an American showrunner. Koppelman is the co-writer of Ocean's Thirteen and Rounders, the producer for films including The Illusionist and The Lucky Ones, the director for films including Solitary Man and the documentary This Is What They Want for ESPN as part of their 30 for 30 series, and the co-creator, showrunner, and executive producer of Showtime's Billions. Koppelman was born on April 27, 1966 in Roslyn Harbor, New York to a Jewish family, the son of Brenda "Bunny" Koppelman and Charles Koppelman. His father was a producer and media executive. Koppelman holds degrees from Tufts University and Fordham University School of Law. He first started managing local Long Island bands as a teenager. He would also book bands at a local nightclub. Through booking acts, he came into contact with Eddie Murphy and helped arrange Murphy's first record deal. As a student at Tufts University, he discovered singer/songwriter Tracy Chapman and executive-produced her first album. He was later brought to Giant Records by president Irving Azoff. During his career, Koppelman was an A&R representative for music labels Elektra Records, Giant Records, SBK Records and EMI Records

Slip into the gentle flow
An unpolluted stream

No before and nothing after
All I have I own it

In peace I listen to the voices
Passing through my mouth

Until my conscious mind starts to wake
And to crave
And end my bliss...

The thing that stops the flow is me I know