Iyad El-Baghdadi on dealing with dictators 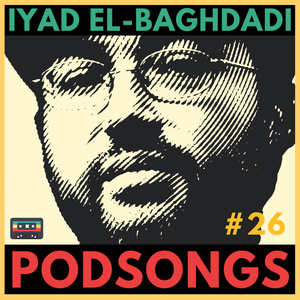 Iyad El-Baghdadi  is an internationally-recognised Arab Spring activist and expert on authoritarianism. He is the President of Kawaakibi Foundation and Editor-in-Chief of the Arab Tyrant Manual. He is an outspoken critic of both Islamic movements and secular dictatorships, and has set himself apart from many other activists through his use of humor and sarcasm. He contributes to his own blog site Islam and Liberty and podcast Arab Tyrant Manual on Soundcloud. A stateless Palestinian who was born in Kuwait and raised in the United Arab Emirates, he is now a political refugee in Norway.

Listen to the song I wrote after being inspired by my conversation with Iyad and all the other Podsongs athttps://jackstafford.org/music

Built cities out of sand, turn the seas into the land
This is how we’re going to make it

And we’ll live it up fast, while the good times last
No one's going to stop me baby

VERSE
The other said no, put it away
Save it up for a rainy day

Keep the day job, put it in savings
Don't give in to carnal cravings

Cos you never know, and history shows
Sometimes it's best not to grow