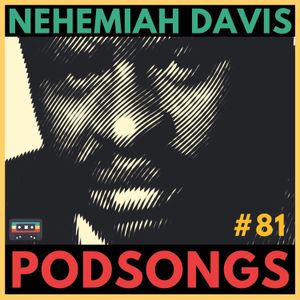 Nehemiah Davis is a yogi and teacher of mystic practices. From early childhood Nehemiah’s father (Althair H. Davis) taught him to manipulate cosmic energies (prana) through prayer and mantra with metaphysical teachings that stress balanced karmic methods of actions through life. With this, his father instructed him in several forms of yoga, which included; karma yoga, hatha yoga, bhakti yoga, raja yoga, mantra yoga, mudra yoga, pranayama (yogic breathing exercises) and kundalini yoga. As a child his father created and enforced a daily schedule of early morning and late evening prayer, meditation, and pranayama. His education in metaphysics while growing up included mystic authors such as; H.P. Blavatsky, Annie Besant, Rama Prasad, Swami Vekadanada, Yogic Ramacharka teachings, Alice A. Bailey, Paramahansa Yogananda, Swami Sivananda, Sir. John Woodroffe, as well as the late Dr George King founder and president of the Aetherius Society, a modern mystic order that his family were members of. Nehemiah Davis has been teaching on various metaphysical subjects over the last 25 year. His students have asked him over the last decade to write on the subjects he taught. This book “The Ancient Language of the Soul” is his beginning in sharing his knowledge with a large audience around the world. http://mysticknowledge.org/

DON'T DWELL ON YOUR PHYSICAL SHELL

It's not physical
Only fleeting
Carriages
For the souls you're meeting

Ephemeral
And transient
Use it while
You've remenants

See the people
Go through hassle
Building their
Little sandcastles

Reincarnating
Here and there
Back and forth
Until you evolve

So don't dwell on your physical shell
Cos there's far more to you
Your dark matter, matters more
Think about what you do