Prof. Dan Siegel - On how overcoming chaos or rigidity is the secret to healthy psychology 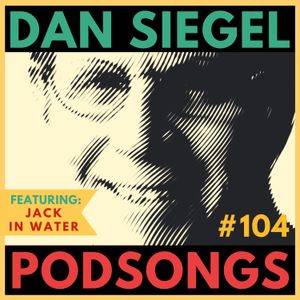 Musicians Jack Stafford and Will Clapson interview world-renowned professor of psychology Dan Siegel to understand their own psychology and write a song inspired by their insights. /This interview is also available on Youtube, and you can as artist Ciro Fabbozzi creates the artwork for the single while listening to their conversation.)

Daniel J. Siegel received his medical degree from Harvard University and completed his postgraduate medical education at UCLA with training in pediatrics and child, adolescent and adult psychiatry.  He served as a National Institute of Mental Health Research Fellow at UCLA, studying family interactions with an emphasis on how attachment experiences influence emotions, behavior, autobiographical memory and narrative. Dr. Siegel is a clinical professor of psychiatry at the UCLA School of Medicine and the founding co-director of the Mindful Awareness Research Center at UCLA. An award-winning educator, he is a Distinguished Fellow of the American Psychiatric Association and recipient of several honorary fellowships. Dr. Siegel is also the Executive Director of the Mindsight Institute, an educational organization, which offers online learning and in-person seminars that focus on how the development of mindsight in individuals, families and communities can be enhanced by examining the interface of human relationships and basic biological processes. https://drdansiegel.com/

Jack in Water is the artist name of William Clapson. He was brought up in a little village in Essex and grew up listening to the different musical influences of his parents. His Dad introduced him to a whole host of melancholy and drama created by bands such as Radiohead and the Blue Nile. Whilst at his Mum’s house, the living room was mostly full of the powerful R&B and soul voices like Aretha Franklin and Diana Ross. It was this mix of post rock melancholy instrumentation, partnered with the emotional soulful voice of some of the greats that really drove him to make the music he does today.  His latest work is his most personal to date, looking back on his childhood memories and relationships, digging back into uncomfortable emotions and abuse, in order to process past traumas and appreciate the person he is now. “When you’re no longer tangled up in its ups and downs but you’re still able to see that you’re inevitably a result of everything that’s happened to you so far” William explained. “Being able to reflect on my upbringing has been quite therapeutic, and also difficult at times.

Once in June, Dan explained to me a rhyme that i could use
To reinforce the undivided love I promise on to you and it was simply
Where attention goes, neural firing flows and neural connection grows

So to you I dedicate my attention
In the hope that it fills you with the energy to take on this world
Where attention goes, neural firing flows and neural connection grows

There will be no energy wasted on shame
The only exchange is the fruit of integration
So we avoid rigid or chaotic frustration
Where attention goes, neural firing flows and neural connection grows