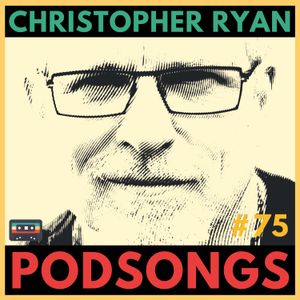 Christopher Ryan is an American author best known for co-authoring the book Sex at Dawn. He received a B.A. in English and American literature in 1984, and an M.A. and Ph.D. in psychology from Saybrook University, an accredited hybrid low-residency/online learning program based in San Francisco, twenty years later. His master's thesis examined differences in specific personality measures between working fashion models and the general public. His doctoral dissertation analyzed the prehistoric roots of human sexuality, and was guided by the psychologist Stanley Krippner, a humanistic psychologist, with additional committee members Sabrina Zirkel and Jürgen W. Kremer.

You've got emergency surgery and antibiotics
Half your work done by a team of robotics
Still you've confessed
You're depressed
And distressed
and oppressed
What's the matter with you?

You can travel through the sky sitting down in a chair
Get a drink, eat a meal and there's wifi up there
But at the slightest delay
You complain
Like it's the end of the world

You've got your mother in a home, kids at childcare
You're working 7 days a week just to keep them there
You've been promised all your free time
When you're retired

How much time still to put in?
Can't be long 'til you're retiring
Scratching on the walls until your time is up
One last sup at the poisoned cup