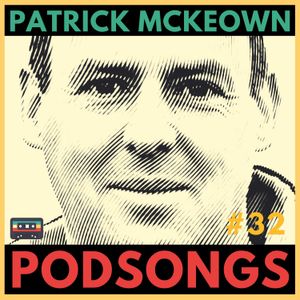 World-renowned author and breathing practitioner Patrick McKeown was educated at Trinity College in Dublin, before completing his clinical training in the Buteyko Breathing Method at the Buteyko Clinic, Moscow, Russia. This training was accredited by Professor Konstantin Buteyko.

From a young age, Patrick suffered from asthma and relied on an array of medicines and inhalers until he discovered the Buteyko Method at the age of 26, experiencing immediate relief from his symptoms. By applying the principals of the Buteyko Method, Patrick remains asthma-free since then, a feat that over 20 years of medication had failed to accomplish.

In a career spanning 15 years, Patrick has since also become a bestselling author and expert on the topic of optimal breathing for improved health, well-being, and fitness.

Among the eight books Patrick has written, two have consistently remained in the top ten best sellers on Amazon.com: ‘ Close Your Mouth’ and ‘ Asthma Free Naturally’.

His latest book ‘ The Oxygen Advantage®’ is based on 4 years of scientific research and tailors breathing exercises for anyone seeking to improve their fitness and sports performance. Already in its 3rd print run in the UK since September 2015, ‘ The Oxygen Advantage®’ is set to revolutionize how we train, by addressing dysfunctional breathing patterns and simulating high altitude training through specific breath-holding exercises as devised by Patrick.