Rupert Sheldrake on why science has become a pseudoscience 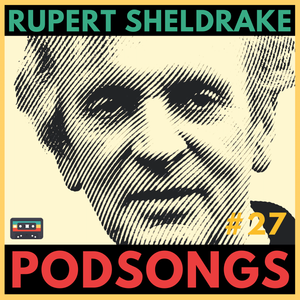 Rupert Sheldrake, is a biologist, author, and researcher, best known for his theory of morphic fields and morphic resonance. He worked as a biochemist and cell biologist at Cambridge University. He has written many books on science, spirituality, and morphic resonance which is a process whereby self-organizing systems inherit a memory from previous similar systems. In its most general formulation, morphic resonance means that the so-called laws of nature are more like habits and memory is inherent in nature.

There's just one part that's hazy, that bit at the beginning
How all mass and energy, came into being
And the laws that govern all of existence
Appeared at once, in a single instant, from nothing...
We just need

VERSE
We're all on the same page, from Dawkin to Hawking
Intellectual phase-locking
Fundamental constants, must never change
We average results out so they stay the same

Ditto to the dark stuff, we add and subtract
"Conservation of energy" must remain intact
Science is settled, without an almighty
So now we restrict, the areas of enquiry
To the details