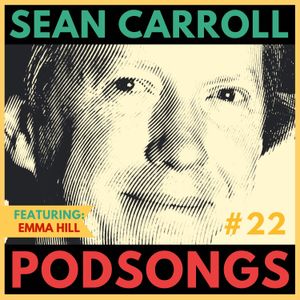 Sean Carroll is a Research Professor of theoretical physics at the California Institute of Technology, and an External Professor at the Santa Fe Institute. He received his Ph.D. in 1993 from Harvard University. His research has focused on fundamental physics and cosmology, especially issues of dark matter, dark energy, spacetime symmetries, and the origin of the universe. Recently, Carroll has worked on the foundations of quantum mechanics, the emergence of spacetime, and the evolution of entropy and complexity. Carroll is the author of Something Deeply Hidden, The Big Picture, The Particle at the End of the Universe, From Eternity to Here, and Spacetime and Geometry: An Introduction to General Relativity. He has been awarded prizes and fellowships by the National Science Foundation, NASA, the Sloan Foundation, the Packard Foundation, the American Physical Society, the American Institute of Physics, the Freedom From Religion Foundation, the Royal Society of London, and the Guggenheim Foundation. Carroll has appeared on TV shows such as The Colbert Report, PBS's NOVA, and Through the Wormhole with Morgan Freeman, and frequently serves as a science consultant for film and television. He is host of the weekly Mindscape podcast.

This episode I'm joined by Emma Hill, an Alaskan singer-songwriter and old friend of mine.

With small steps or leaping

The answers we crave

To particles and waves

CHORUS
Many worlds is crying out
Dying to be ridden
While some things stay deeply......... hidden