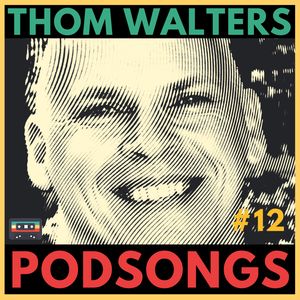 As a meditation teacher and host of the global ZEN commuter Meditation Podcast Thom has taught meditation to thousands of people wanting to live a calmer, fuller life. He began a meditation practice back in 1980, when he was eighteen years old, and considers it to be the most impactful skill learned in his life. " Through the years, and up to now, I have kept my meditation practice alive, practicing over 5,000 hours. In between those times, I have interviewed noted meditation thought leaders on my podcast, ZEN commuter, and studied extensively on a variety of meditation practices. I have devoted my life to helping people becoming calmer and more purposeful through mindfulness practice." Support Thom on Patreon

Listen to the song I wrote after being inspired by my conversation with Thom called Master of Mind and all the other Podsongs.

ARE YOU THE MASTER OF YOUR MIND?